In Manchester, Tennessee, a music festival called Bonnaroo takes place every year on a 700 acre farm site. Known for its impressive musical events, community focused camping, and all-around good vibes, we felt like this would be an ideal fit for our colorful compositions. The team at Bonnaroo asked us to take over Plaza 7, an area sitting between the 80,000 campers and the stages for bands. Our beacon of color and shape could be seen by patrons all day and night.
One thing to realize is that a barn has a lot of surface area! Wanting to completely disguise its farmyard-esque exterior, we began by painting it a vibrant purple which would become the base color for our design. The exterior became a canvas for a larger-than-life (60ft wide) relief that was placed on the front facade, utilizing the existing structure. The side wall was then taken over by a 40ft mural. Thankfully, the other sides were covered by trees.
Conceptually we chose to play with ideas of rhythm and abstracted waveforms. The color system between our Toyota Sculptures and the barn is consistently vibrant and links both areas. We then took that same rhythm feeling inside for a large-scale inflatable installation. Our inflatables were inspired by the onomotopias of musical sounds and instruments, designed to visualize the sounds of dazzling maracas and melodic chimes. An 18-foot inflatable annointed the roof and became a beacon for attendees to see from a great distance.
The process started in Brooklyn with a lot of pre-painting to make sure that when we arrived we could go straight into the installation. Working with a building that has its own nuanced intricacies made things interesting and we had to work on the fly, but for the most part, we were able to make it all work pretty seamlessly. It takes two to tango and believe it or not, this was a two-person job, start to finish. 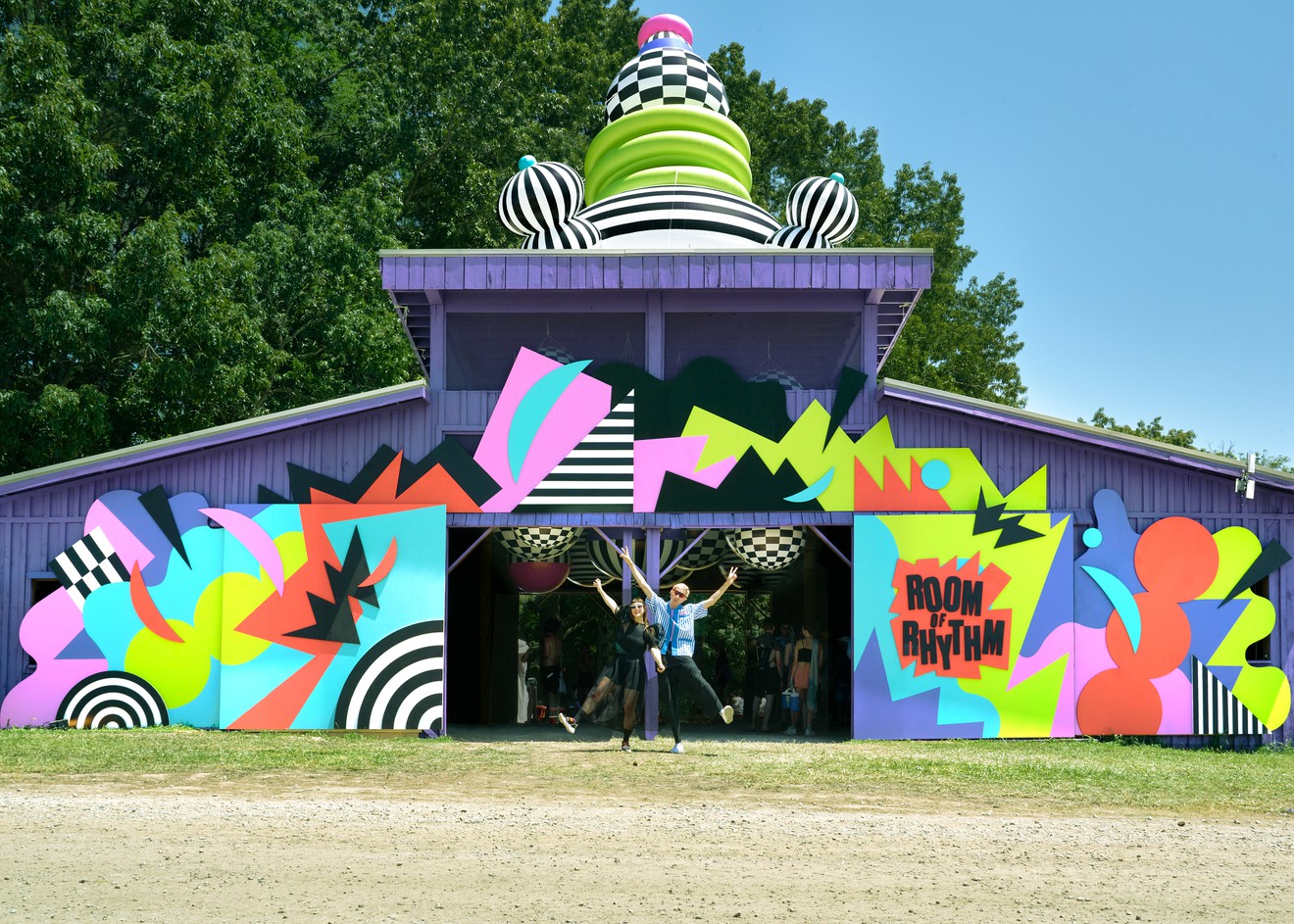 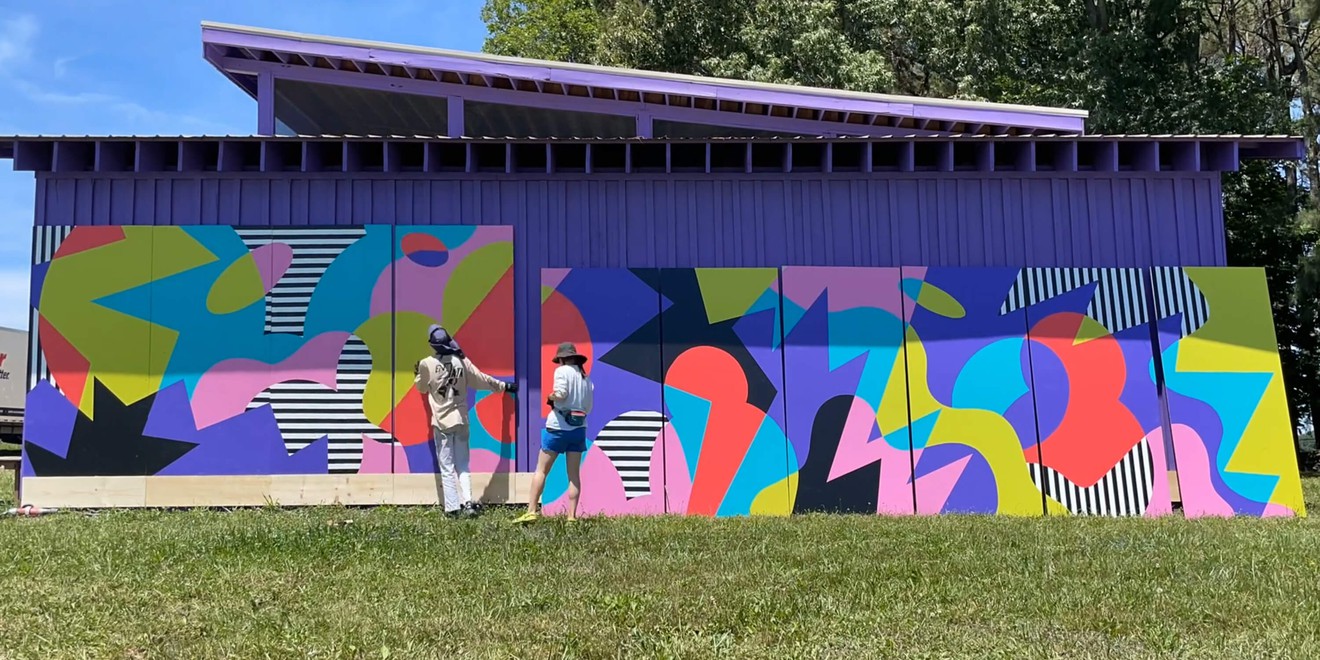 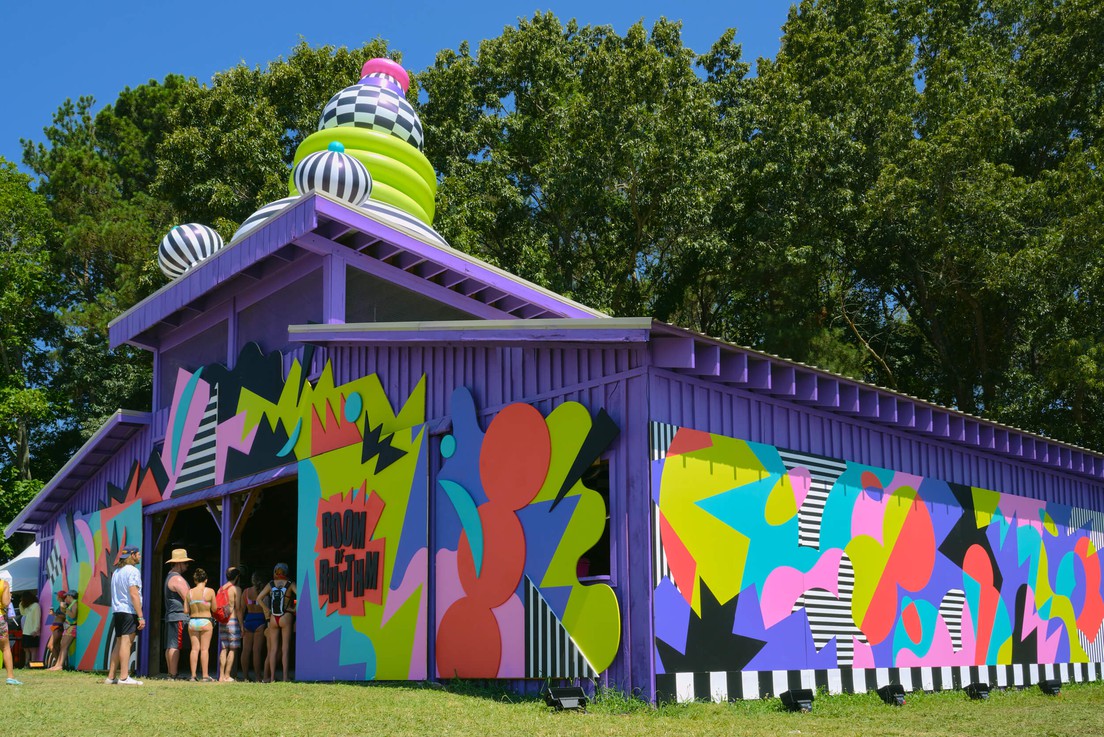 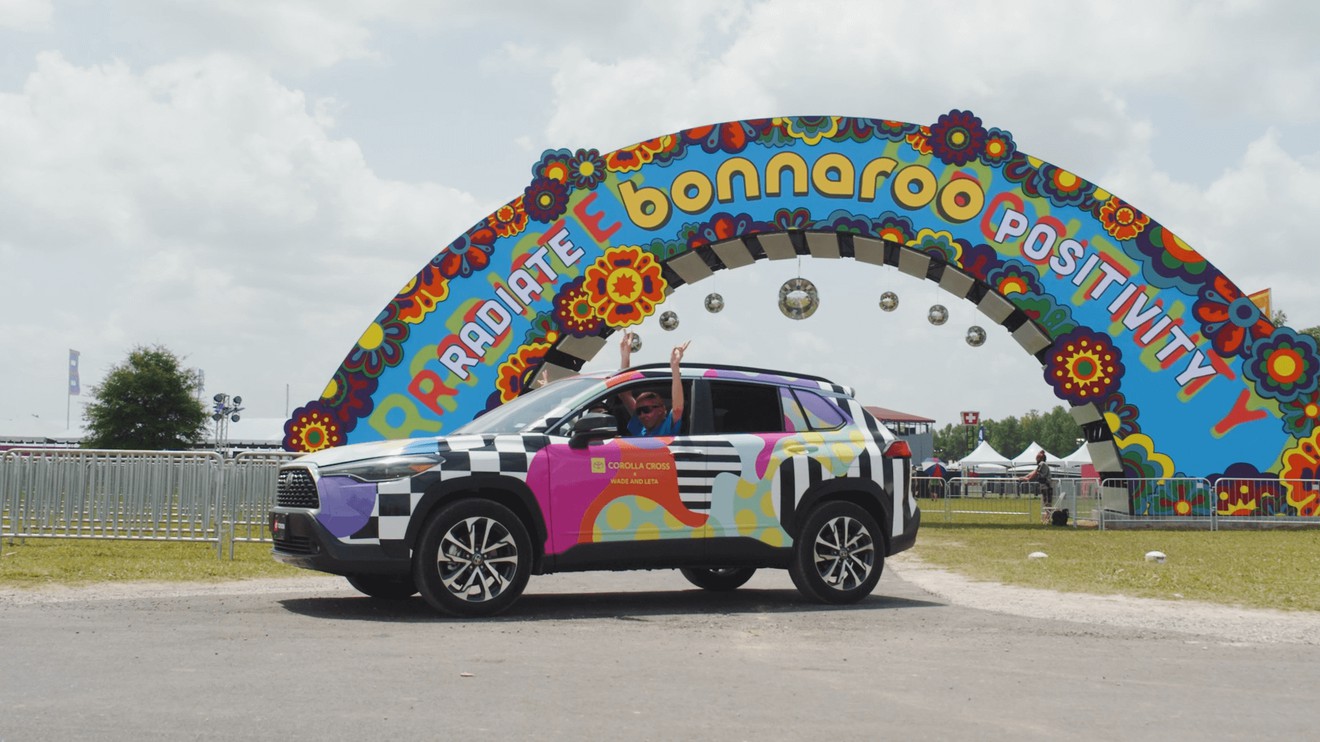 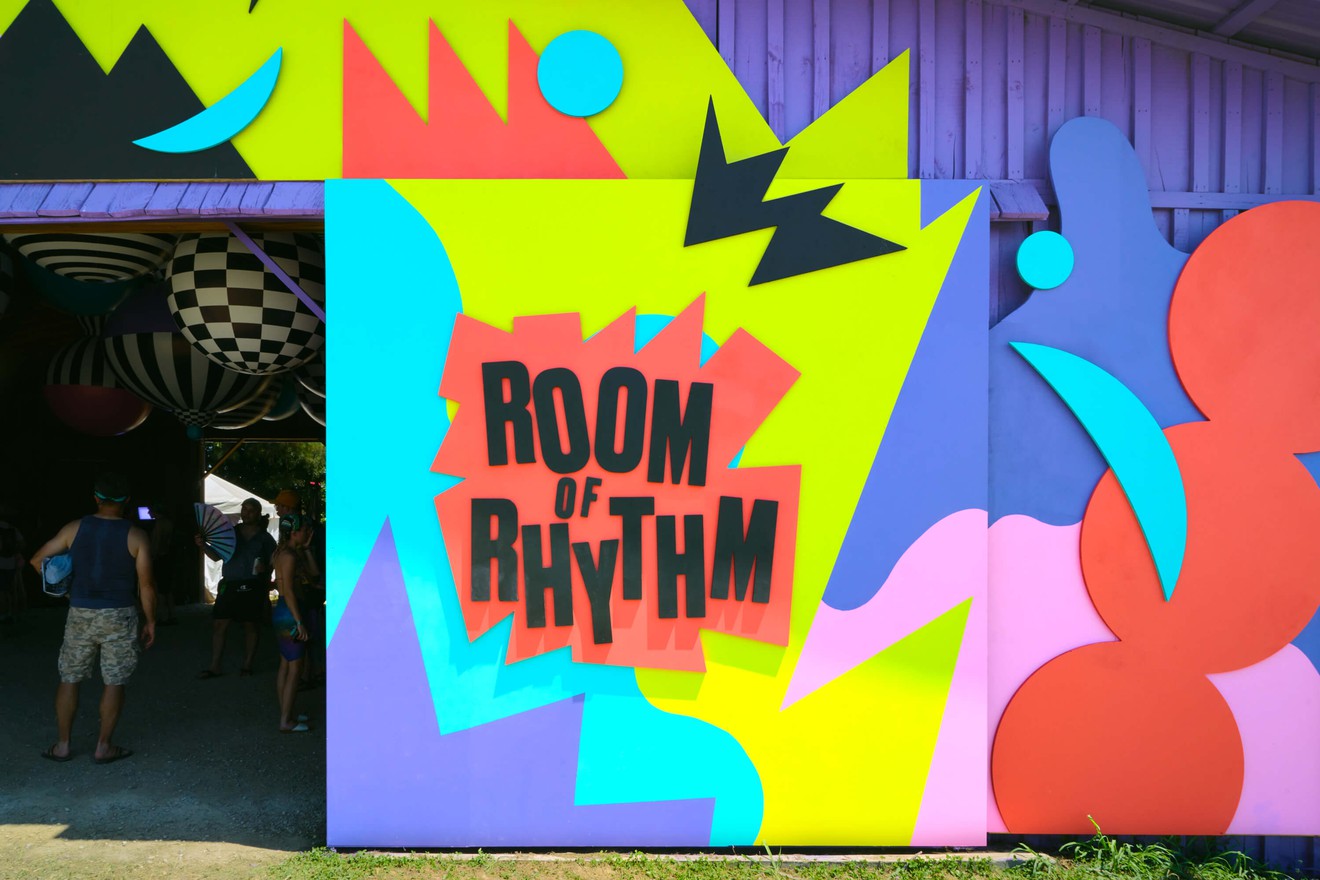 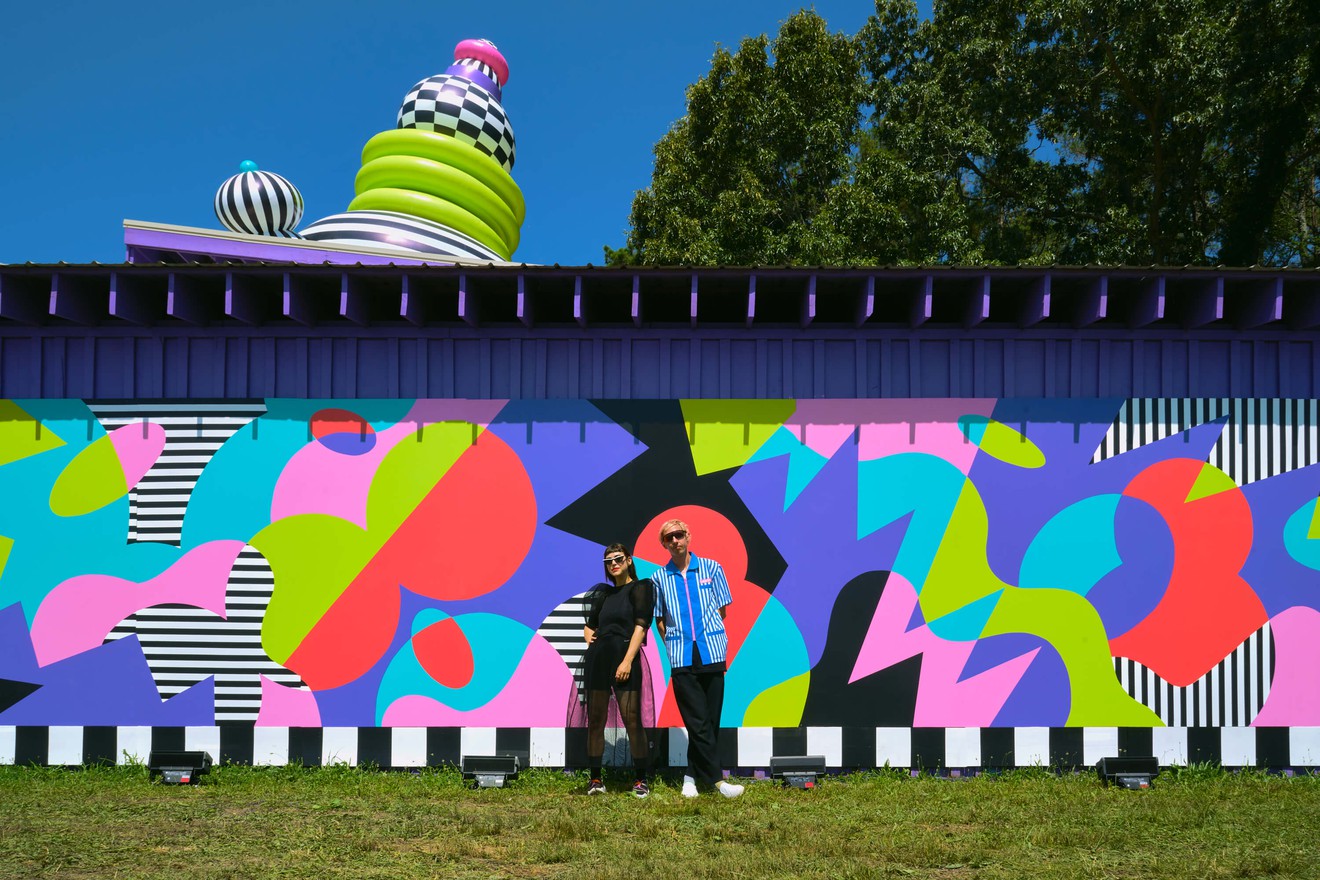 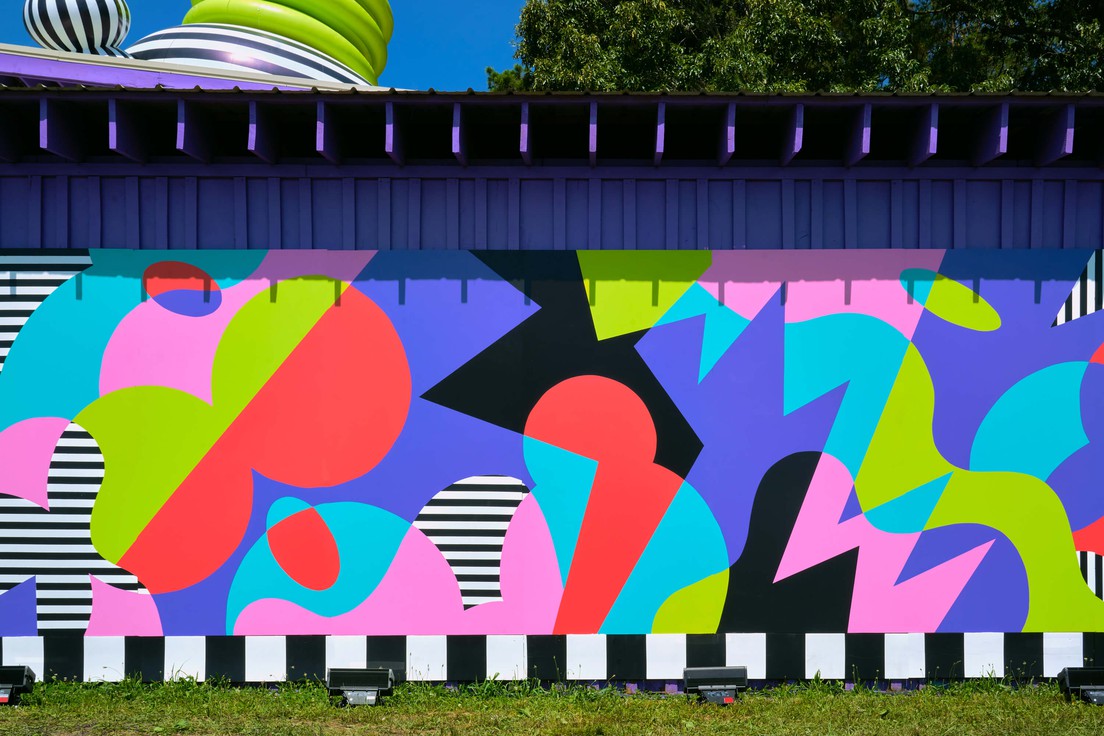 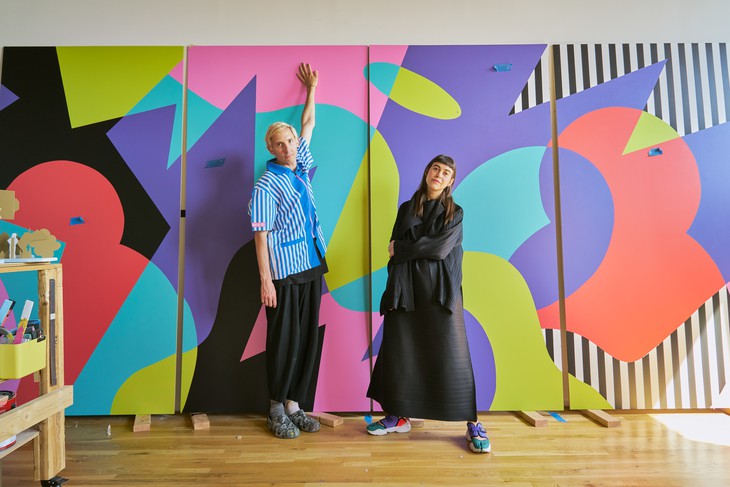 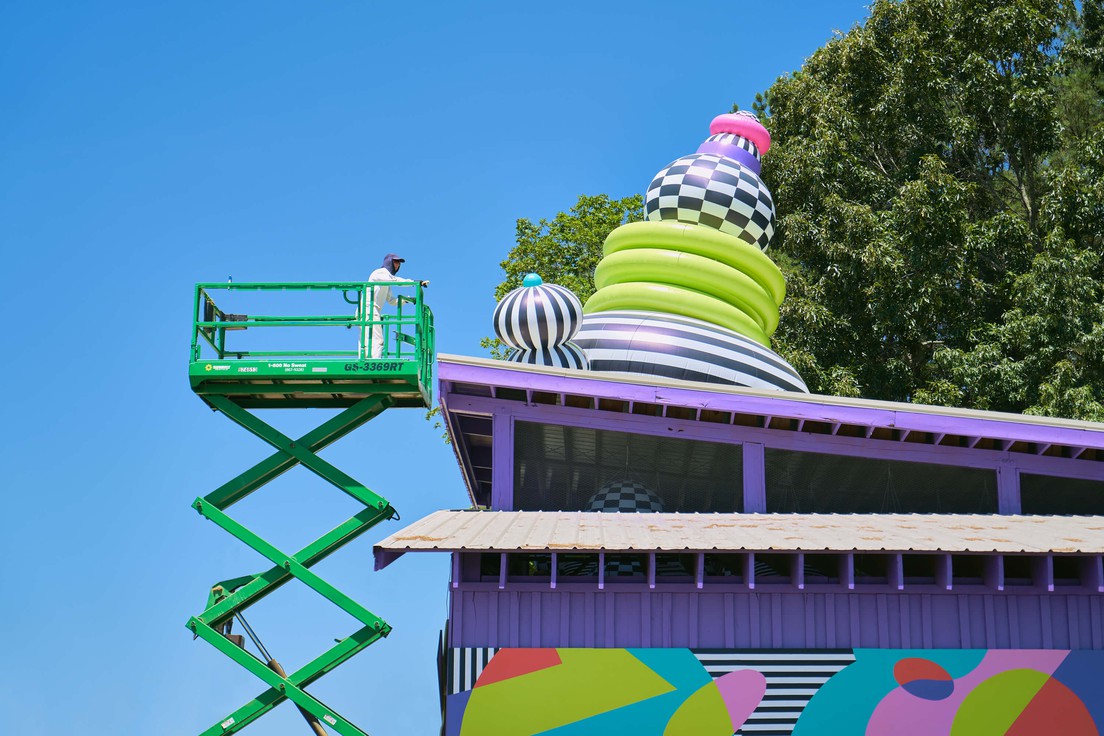 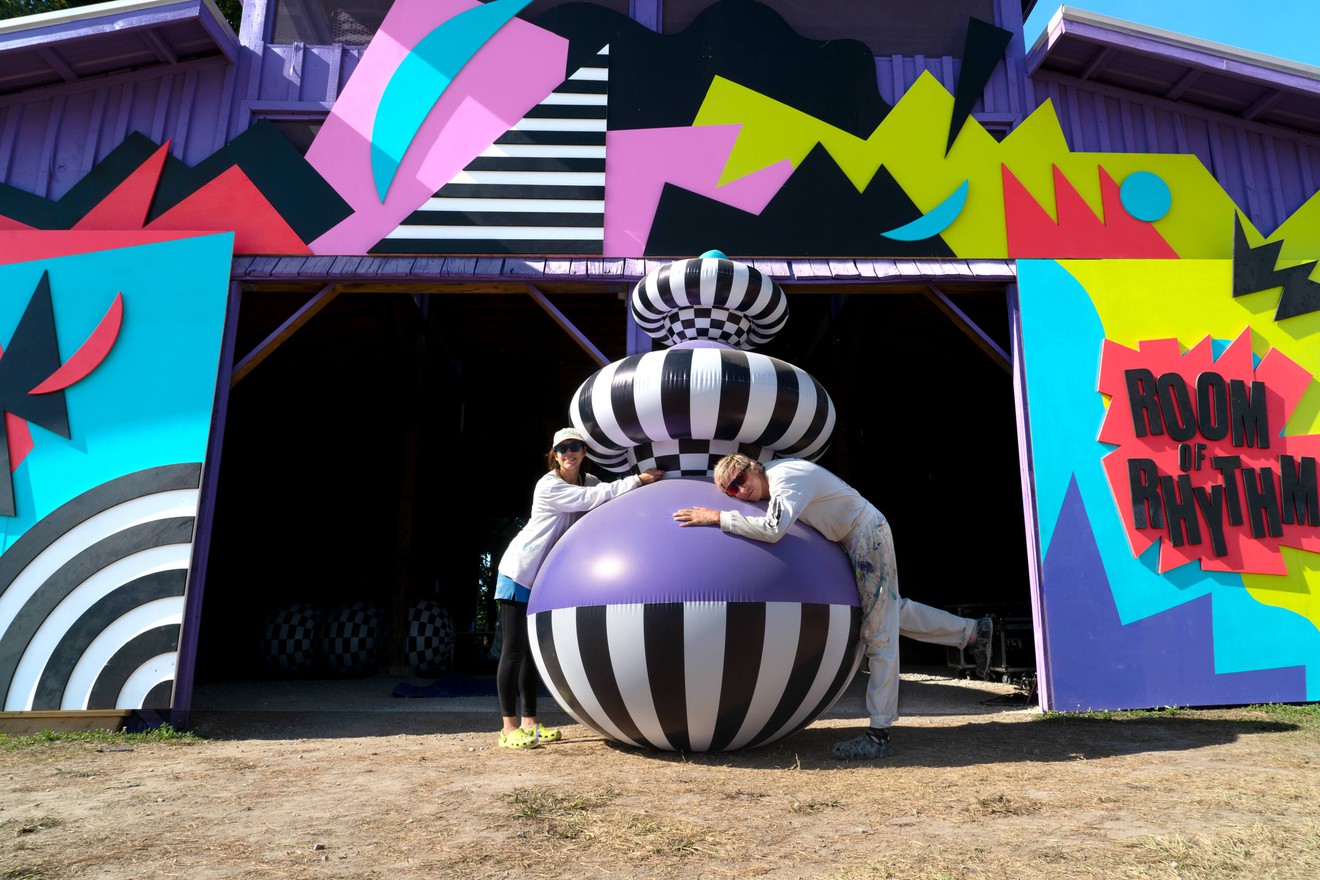